Court jails ex-convict, 7 others over internet fraud in Ibadan 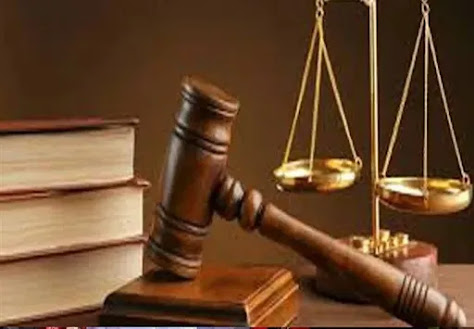 The Economic and Financial Crime Commission (EFCC) has on Monday revealed that no fewer than seven internet fraudsters have been convicted by the court in Ibadan, Oyo State.

EFCC in a statement said among those convicted and jailed, is a serving cybercrime convict, Warith Ademola Hassan.

Hassan had been sentenced to six months of community service by Justice Bayo Taiwo of the State High Court in Ibadan in July 2022.

He was, however, again convicted by the state High Court over cyber-related activities.

It was learnt that Hassan was arrested by the Ibadan Zonal Command of EFCC on fresh charges of internet fraud.

He was arraigned on November 2, alongside six others before Justices Omolara Adeyemi and Iyabode Yerima of the Oyo State High Court in Ibadan on a separate one-count charge.

Other convicts convicted by the court according to Wilson Uwujaren, Head of Media and Publicity of EFCC are Adedayo Joel Olumide, Habeeb Gbolahan Amidu and Lawal Adesina Sherif.

Uwujaren, in a statement on Monday, added that Justice Olusola Adetujoye also on November 3, 2022, convicted and sentenced Sodiq Babatunde Kajero to two months of community service for internet-related fraud.