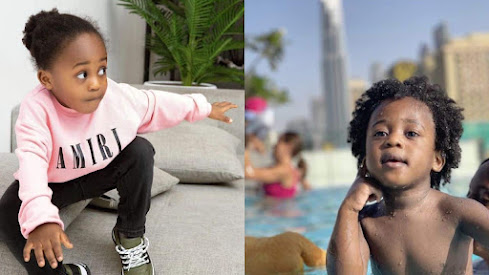 Emeka Senator, the foster brother of the famous Nigerian-American singer, David Adeleke popularly called Davido, has disclosed that the revelation about Ifeanyi’s death was taken for granted.

This is coming hours after the trending rumour of Ifeanyi’s death on social media.

Ifeanyi Adeleke who was the only son of Davido and his third baby mama turned fiancee, Chioma Rowland reportedly drowned in a pool at the singer Banana Island residences on Monday.

Confirming the tragic incident in a post accompanied by the deceased’s baby’s picture, Emeka Senator recalled a prophecy about the three-year-old’s death which was taken for granted by the parents.

He took to his Instagram page to ask God for forgiveness, saying, ” The revelation was taken for granted. God, we are sorry.”