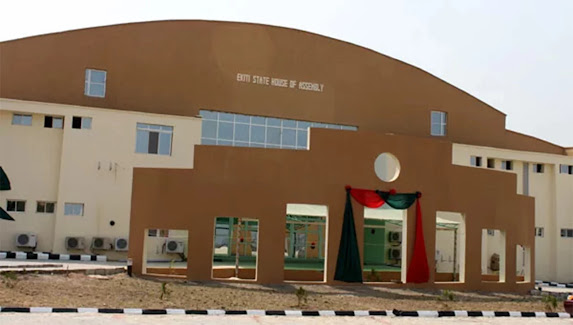 Ekiti State House of Assembly has screened and confirmed Mr Oyebode Akintunde and Dr Filani Oyebanji as commissioner nominees in the state.

The House, at its plenary on Wednesday, November 2, 2022, also screened and confirmed Mr Olatona Olaniran Rufus as Chairman of Ekiti State Board of Internal Revenue Service.

The approval was unanimously supported by lawmakers at the plenary after the Adhoc Screening Committee saddled with the responsibility of screening them had presented its report.

The lawmakers drilled the nominees on their mission and vision for the state and how they can improve their performances in their former positions.

Messrs Oyebode and Filani had served as Commissioners for Finance and Health respectively in the last two years of Dr Kayode Fayemi’s administration.

The two commissioner designates promised to improve on their past performances.

The Deputy Speaker of the House, Rt Hon Hakeem Jamiu, who presided at the plenary had earlier read letters forwarded to the House by Governor Biodun Abayomi Oyebanji for confirmation of the commissioner designates and the Chairman of the State Revenue Service.

The MTEF document was unanimously approved after the Leader of Government Business, Hon Gboyega Aribisogan had moved the motion and seconded by the Chairman of the House Committee on Finance and Appropriation, Hon Olubunmi Adelugba.