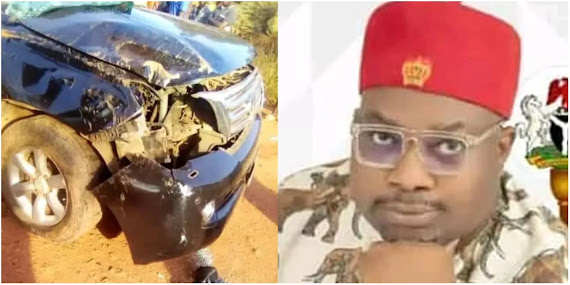 An APC stakeholder from the zone who confirmed the incident, said it occurred when he was driving back from Edem-Ani town after a political gathering.

He was said to be driving alone along the Erina-Edem Ani road in Nsukka, when he suddenly lost control and his car veered into the bush, hitting a tree in the process.

He was rushed to the hospital but later died early Tuesday morning as a result of serious injuries sustained in the accident.

Also confirming the incident, the State Secretary of the APC in Enugu State, Mr. Robert Ngwu, described it as shocking.