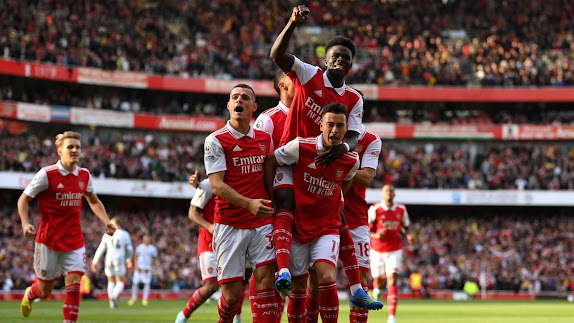 Arsenal will, on Saturday night, have the opportunity to go five points clear on top of the Premier League table ahead of Manchester City.

The Gunners will take on Wolves in an away Premier League tie today and a win against the host means Mike Arteta’s side will have five points ahead of Man City.

Man City, on Saturday afternoon, lost 2-1 to Brentford at home.

Ivan Toney had opened the scoring for Brentford in the first half before Phil Foden restored parity for Pep Guardiola’s side.

However, a late goal from Toney ensured Brentford defeated Manchester City at Etihad.

The result means Man City still maintained the second position on the Premier League table with 32 points from 14 matches.

However, Arsenal presently sits on top of the log with 34 points from 13 matches.

If they beat Wolves later tonight at Molineux Stadium, they will go 5 points clear ahead of City.