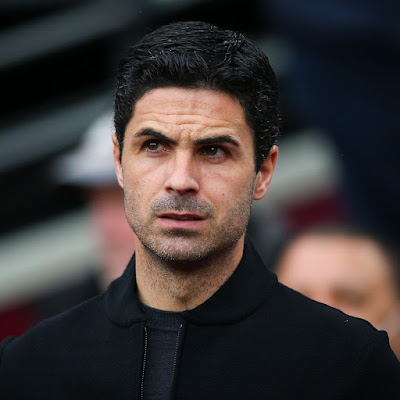 Gabriel’s second-half goal earned the Gunners a narrow win over their London rivals.

On White, who again impressed in the right-back position, he said: “I am really happy with him.

“He is playing in different positions. I think he is acclimating himself in a great way to that full-back position. His understanding with the players around him is top and I really like him.

“He always wants to be there, he trains every single day, he plays under any circumstances and I love the boy.”

Arteta was also impressed by Saliba and Gabriel’s partnership.

He added: “I think both of them have really matured. They were outstanding, both of them.

“That’s why we sustained it really well, especially when we had to defend open spaces, which is very difficult, again in this place, to do what we demand they do, but I think they did it really well.”

Arsenal have now won 11 of their 13 Premier League fixtures this season, only dropping points on two occasions when they were beaten by Manchester United and held to a 1-1 draw by Southampton.