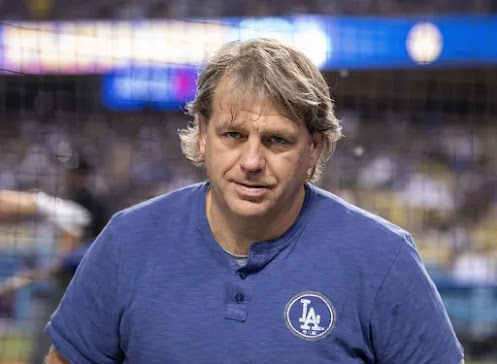 Boehly heads the consortium, which bought Chelsea from Russian billionaire Roman Abramovich in the summer.

The American spent over £275million on players and sacked manager Thomas Tuchel, replacing the German with Graham Potter.

He also allowed the likes of Petr Cech and Marina Granovskaia to leave the West London club.

“The problem for Graham Potter is that he’s at Chelsea,” Carragher told The Overlap.

“What I mean by this is that when we talk about Erik Ten Hag and Mikel Arteta coming in, getting time to embed his plans, and getting transfer windows to bring players out, the history of Chelsea tells you that this doesn’t happen.

“Will it happen with the new owner? That is hard to see when he [Todd Boehly] got rid of a manager only a few weeks into the season, especially someone who had won the Champions League for the club.

“I always thought it was a bizarre decision to get rid of Thomas Tuchel.

“I’m delighted for Graham Potter and to have an English manager in such a big job, but he’s never been in that position before, in terms of managing a huge club and managing in the Champions League.

“He’s turned it around in the Champions League brilliantly and got them through to the next round.

“In his head, he thinks that he has had a great start at Chelsea – but the last two or three games have gone the opposite way, and it almost feels like it has blown up in his face.

“You look at where Chelsea were last season – £275 million was spent on the squad this summer, and you can’t believe what you are seeing.

“Their end product was so much worse [than last season] against Brighton and Arsenal, after spending that much money – it feels bizarre.”