EPL: Everyone can see it – Chelsea’s Raheem Sterling makes claim about Arsenal 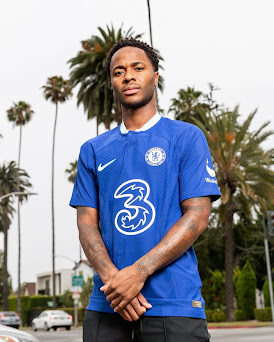 Chelsea forward, Raheem Sterling, claimed that everyone in public could see that Arsenal are playing a ‘beautiful’ game so far this season.

Sterling said this while praising Arsenal for their sublime start to the ongoing 2022-2023 season.

Mikel Arteta’s side are currently on top of the Premier League table with two points ahead of second-placed Manchester City.

Speaking to Premier League Productions (via HITC), Sterling said: “Everyone in public can see that they have had a great start to the season. They are playing some beautiful stuff.

“They are a team that have been building for a few years now. Mikel [Arteta] has got them playing some free-flowing football, that’s for sure.”

Asked about Chelsea’s Premier League upcoming clash with Arsenal this weekend, Sterling added: “That is what we are looking to do, to keep building, and it is a game that will be a really interesting one.

“They are a possession-dominant team, and so are we ourselves. I think it will be a good match.”