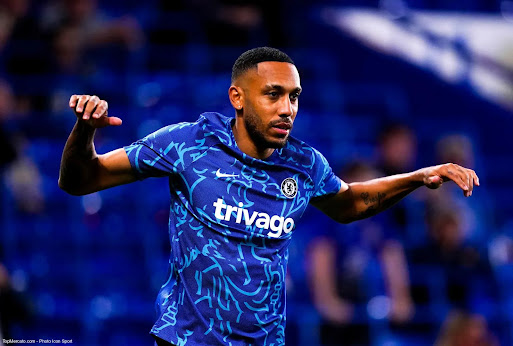 Ahead of their Premier League clash at the weekend, Pierre-Emerick Aubameyang has warned his former club Arsenal.

Aubameyang said it would be ‘nothing personal’ when he takes on his former side on Sunday.

The former Borussia Dortmund striker scored 92 goals in 163 games for the Gunners before leaving the club by mutual consent in January this year.

Aubameyang’s departure from the Emirates followed a face off with manager Mikel Arteta, who banished him from the first team.

He spent six months at Barcelona before heading back to London where he now plays for Chelsea.

Chelsea lost their first game under Potter last weekend in a dismal 4-1 defeat at Brighton.

They, however, bounced back with a scrappy 2-1 victory of Dinamo Zagreb in the Champions League at Stamford Bridge on Wednesday night with Aubameyang among those starting in a strong XI.