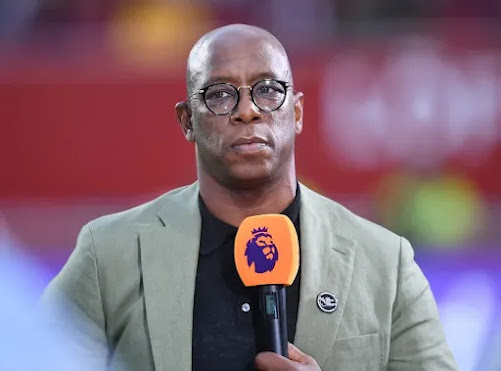 Arsenal hero, Ian Wright, has identified forward Reiss Nelson as the Gunners star people almost gave up on him.

Wright said he was so happy that Nelson ended up staying at Arsenal this season.

Nelson, who joined Mikel Arteta’s side at the age of eight, broke into Arsenal’s first-team back in the 2017-2018 season.

The 22-year-old has played just four league games for Arsenal since then, spending a season on loan at Hoffenheim and Feyenoord before returning to the North London club last summer.

Nelson scored a brace and made an assist as Arsenal defeated Nottingham Forest 5-0 in the Premier League last weekend.

Speaking on the Wrighty’s House podcast, he said: “I am so happy for him. Do you know what I love about him? We are talking about somebody who people almost gave up on and said he should leave.

“But it is like Mikel Arteta has said, “this is a clean slate, guys. What have you got, show me what you’ve got.

“I am really pleased he ended up staying and his goals [against Nottingham Forest] were great, he was composed and didn’t panic.”