EPL: I’ve been following them – Mudryk speaks on joining Arsenal 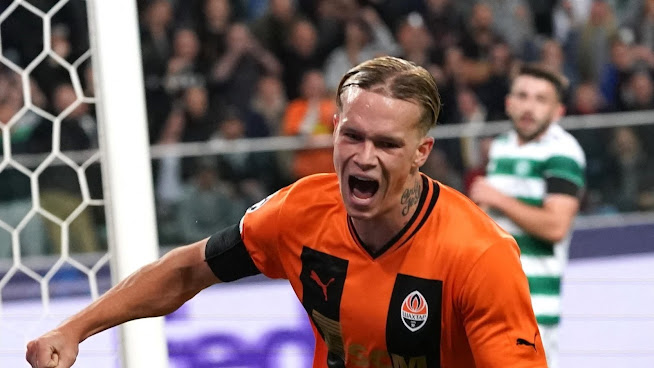 Shakhtar Donetsk winger, Mykhaylo Mudryk, has opened up a potential move to Arsenal in the January transfer window.

Mudryk also revealed that he has been following Arsenal closely, though he would want assurances from manager Mikel Arteta before joining the North London club in the near future.

The Ukrainian has been on Arsenal’s radar since the summer, and he is believed to have been personally recommended to the Gunners by his Ukrainian team-mate Oleksandr Zinchenko.

But Arsenal are not the only top European club pursuing his signature, particularly after a brilliant start to the season in which he netted three goals and registered two assists in the Champions League.

Asked if he has been following Mikel Arteta’s side closely amid the transfer speculation, the 21-year-old told Vlada Sedan’s YouTube channel: “Yeah. I check on them on MyScore and know when they are playing, I can check on them.

“I also watch them too. They’re a very dynamic side, in general, not just in controlling possession but also in scoring goals.”

He added: “From a purely hypothetical perspective, if there was the option of being a bench player for Real Madrid or a starter for Arsenal, I would probably choose Arsenal.

“I would first want to know from the head coach that even if I was not a guaranteed starter, I would receive a chance.

“Essentially, I need to hear directly from the manager what he envisages my role on his side to be.”