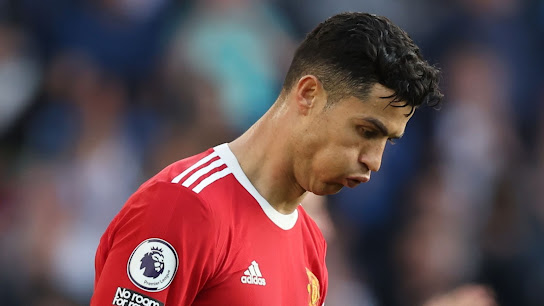 The 37-year-old told Piers Morgan that he feels “betrayed” by the club and has “no respect” for manager Erik ten Hag.

According to Sky Sports, Ten Hag and United players are extremely disappointed with the manner and timing of Ronaldo’s interview.

It adds that “United are likely to consider all their options now regarding the player”.

Short clips and quotes began to circulate on the Internet just after their 2-1 win at Fulham. A game in which 18-year-old Alejandro Garnacho grabbed the headlines with a stoppage-time winner at Craven Cottage.

Ronaldo will now fly to Qatar where he will captain the Portugal national team at the 2022 World Cup.

However, beyond the tournament, it is hard to see the five-time Ballon d’Or winner return to Old Trafford.

United are likely to pay Ronaldo off in the January transfer window, a time in which he will have six months left on his current deal.

Ronaldo tried to leave in the summer for a club playing in the Champions League, but ended up staying at the club, where he has been benched for most games by Ten Hag.