EPL: Man Utd tried to sign me many times – Arnautovic opens up on failed transfer 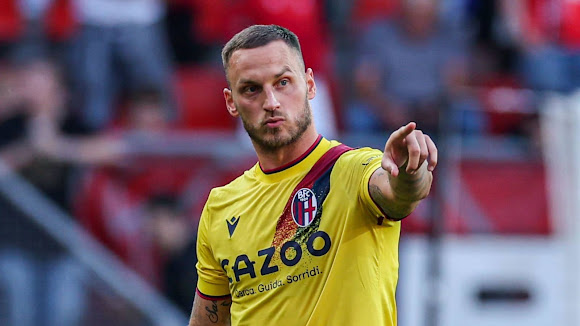 Bologna forward, Marko Arnautovic, has revealed that Manchester United tried to sign him several times in the past.

Arnautovic said it was a difficult decision for him to stay in Italy because his family wanted to return to England.

Recall that Arnautovic was heavily linked with a move to Man United last summer transfer window.

But the Austrian international ended up remaining at Bologna.

Speaking on the development, the 33-year-old told Laola1, “Manchester United tried to sign me several times.

“And it was a difficult decision to stay in Italy because my family wanted to return to England.

“For me, it’s clear that the Red Devils remain at the top of the universe. And Bologna, as a name, is not. But that is fine.

“Here, everything is calm, you have time for yourself and no stress. This is only good for me.”