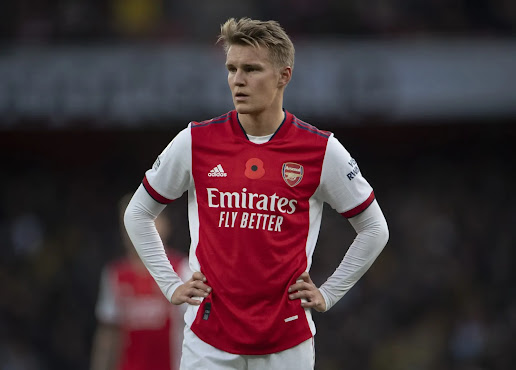 Arsenal captain, Martin Odegaard has suggested that team spirit is one of the secrets to his side’s success so far this season under their manager Mikel Arteta.

Odegaard believes the addition of summer signings, Gabriel Jesus, Oleksandr Zinchenko, and Fabio Vieira and the return of William Saliba to the Emirates after his loan spell expired at Marseille has taken Arsenal to the next level this season.

According to him, the Arsenal squad have performed well so far this season because the players listen to Arteta’s instructions, adding that everyone understands his principles and the way he wants the team to play.

Arsenal currently sits on top of the Premier League table heading into the World Cup break.

The North London club are currently five points ahead of second-place Manchester City on the log.

“The team spirit in the group [Arsenal squad] is really good. Everyone is really hungry and pushing each other,” Odegaard told BT Sport’s Around The Block.

“If you listen to Arteta, you will perform. It is clear to see why Arsenal are five points clear in the Premier League right now.

“Everyone understands [his] principles, the way we want to play even more.”

He added, “I think this year, with the signings we made, I think they’ve taken us to the next step in terms of mentality, quality and focus.”