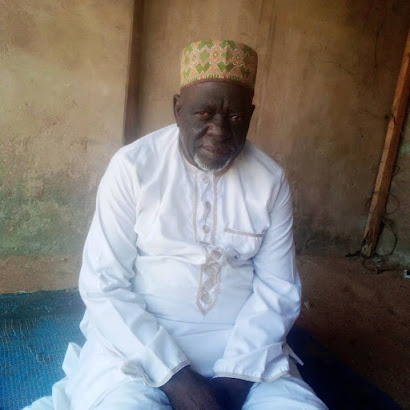 A veteran labour leader and politician, Faruk Mohammed Kunini, has urged the Economic and Financial Crimes Commission (EFCC) to probe the Taraba State House of Assembly.

Kunini made the call on Tuesday in Jalingo, the state capital. He expressed disappointment that the members have derailed from their constitutional responsibilities by dancing to the dictates of the governor.

The members, according to him, are only concerned with approving loans for the governor and getting their percentages.

Kunin, who went ahead to allege that “many unwholesome activities are going on in government agencies without recourse to the repercussion”, lamented that the assembly has looked the other way.

The pioneer chairman of the Nigeria Union of Local Government Employees (NULGE) described the assembly as washed out and having no effect on the people of the state.

Stressing that “the members have become rubber stamps of the governor”, he affirmed that “it is the desire of the governor they carry out, and not the wishes and aspirations of the people.”

He was also attributed the underdevelopment of the state to the failure of the members of the State House to properly carry out their statutory responsibilities.

He further alleged that local government councils are being surcharged by the governor through the members, adding that the state government has “turned the finances of the Councils as a personal property which is swindled at will through the Bureau for Local Government and Chieftaincy Affairs”

Piqued by the development, the members of the Assembly whom he said “are quite aware of the atrocities going on” but felt sad that they have decided to “turn their faces to the other side in spite of the existence of the House Standing Committee on Local Government and Chieftaincy Affairs”.

Unlike in the past where the members are held in high esteem, the reverse as made known by him, is now the case, adding that “majority of Tarabans now look at the State House of Assembly as a loan approving institution.”

Arguing that “it has been quite a long time when workers and pensioners in the State received their salaries and pension at the same time” the “problem of payment of salary which is epileptic in the local government councils” he said “has since reared its ugly head at the State level.”