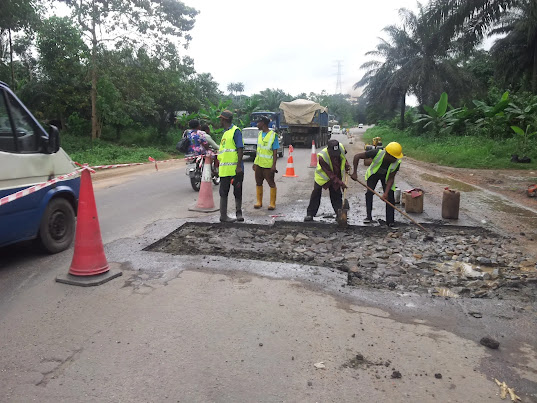 The Federal Roads Maintenance Agency (FERMA) Monday said it intended to reconstruct damaged roads washed away by flood across the nation.

The agency said there was an urgent need to kickstart the reconstruction and requested for N100 billion intervention fund from the federal government.

The Managing Director of FERMA, Engr Nurudeen Abdulrahman Rafindadi stated this on Monday at the National Assembly during the 2023 budget defence session he had with the Senate Committee on FERMA.

He made the request in response to a question asked by the Chairman of the Committee, Senator Gershom Bassey, on steps being taken by FERMA to re-fix the washed-away roads.

He noted that FERMA has a central role to play in getting things right in the flooded areas in terms of creating access to emergency services or relief materials.

According to him: “Without fixing the damaged roads across the flooded areas, no relief material or emergency services can be given to victims.”

Evaluation of damages on the affected roads across the states have been carried out, he said, stressing that fixing the road is a task “requiring N100 billion.”

Virtually all the members of the committee assured the FERMA boss that legislative intervention would be made towards the facilitation of the N100billion intervention fund for road repairs in areas affected by flood.