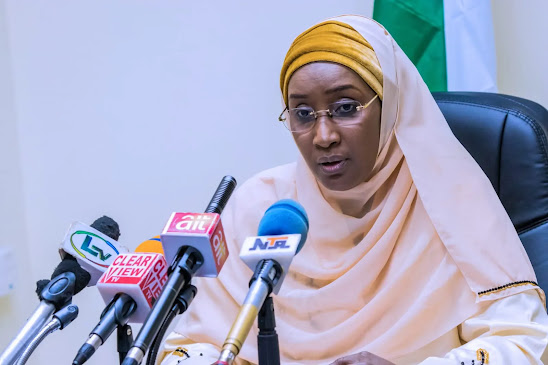 Niger Delta caucus in the House of Representatives has asked President Muhammadu Buhari to sack the Minister of Humanitarian Affairs, Sadiya Farouq over her comment on the recent raging flood.

The lawmakers, during a press briefing on Monday, expressed dissatisfaction with the comment by the minister that Jigawa State is the most affected state in Nigeria.

It would be recalled that the Minister had during a press briefing, said Bayelsa State is not within the top 10 most affected states.

Fred Agbedi, the leader of the group, flanked by eight other lawmakers from the region, said the President must relieve the minister of her job, or they will take action.

“We call on the Minister of Humanitarian Affairs, Disaster Management and Social Development to honourably resign her appointment as a minister of the Federal Republic of Nigeria failing which Mr President should relieve her of her appointment immediately,” he said.

Also speaking at the briefing, Bob Solomon, a lawmaker from Rivers State, said the minister has a history of playing politics with intervention.

Abiante Dagomie, another lawmaker from Rivers State, said Bayelsa and other states in the Niger Delta region are currently submerged by flood and urged President Buhari to take action while he noted that no dredging has been done along the major channels of rivers that empty in the delta in the past 30 years.