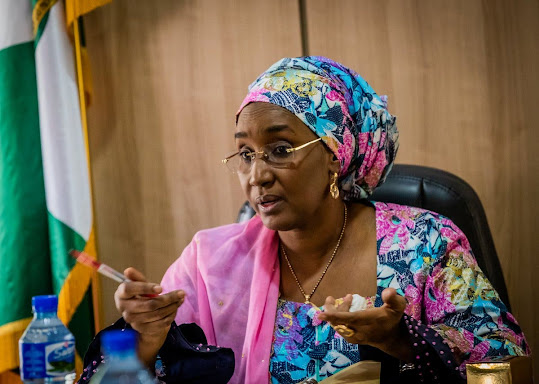 The Federal Government has said that the flood that submerged parts of Nigeria has doubled the number of Internally Displaced Persons, IDPs, nationwide.

The Minister of Humanitarian Affairs, Disaster Management and Social Development, Hajiya Sadiya Farouq disclosed this on Friday at an event commemorating National IDPs Day in Abuja.

Sadiya said the recent flood was a “sad global phenomenon as a result of climate change, which has also doubled the number of displaced persons nationwide and globally.”

It was gathered that 3.2 million internally displaced persons were in Nigeria according to the October statistics from United Nations High Commissioner for Refugees, UNHCR.

Due to the severity of this year’s flood, especially in states like Anambra, Bayelsa, Kogi and Jigawa, over 5,000 Nigerians have been sent packing from their homes according to the Federal Commissioner, National Commission for Refugees, Migrants, and Internally Displaced Persons, Hajiya Imaan Suleiman, who also noted that the unfortunate situation has pushed more Nigerians into extreme poverty.