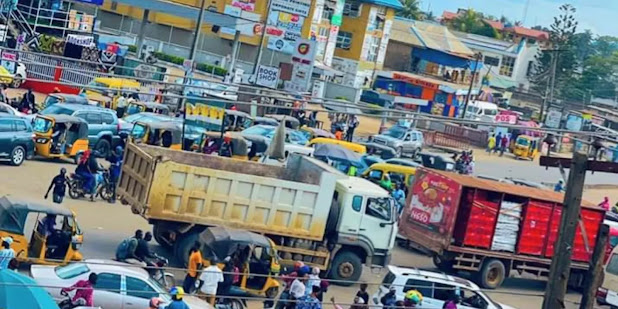 The incident occurred last Thursday at the Oju Ore area, along the Sango-Idiroko road in Ogun State.

On Sunday, Ilana Omo Oodua noted that those who confronted the military are unknown to the organization.

The self-determination group, led by Professor Banji Akintoy, said it was not consulted nor was it involved in the demonstration.

General Secretary, Olatunde Amusat asserted that the attack was “sponsored by reactionary elements to tarnish the image of the Yoruba movement for liberation”.

A statement by the scribe said the body stands for a peaceful agitation devoid of violence and destruction.

“We condemn the action of the attackers and we dissociate ourselves from their action. Those who perpetrated the attack are not our members nor affiliates.

“We were also not part of the planning and execution of the rally. Therefore, the attackers are on their own,” he said.

Amusat charged security agencies to be thorough in their investigations and go after the culprits.

At the weekend, an eyewitness said that people scampered for safety after troops mobilized to the scene.

“I was there around 4 p.m., people ran in different directions. The soldiers came back in full force and blocked Oju Ore.

“While looking for the boys, they searched the men randomly. We later heard that one of the soldiers had his gun snatched by the mob.

“It was after the situation became less tense that I was able to get to my destination close to Iyana Bus Stop”, the citizen added.

A resident hinted that the Olota of Ota, Oba Adeyemi Obalanlege went to the scene to make peace but senior officers advised him to return to his palace.