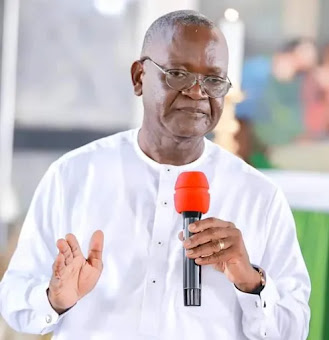 Benue State Governor, Samuel Ortom, has pleaded for forgiveness over his recent comment against the presidential flagbearer of the Peoples Democratic Party, Atiku Abubakar.

Governor Ortom, who was angered by the activities of the Fulani herdsmen in the state, had in reference to Atiku, said he would not support another Fulani president in the 2023 presidential poll.

Criticisms had trailed the governor’s remark, as some loyalists of Atiku and a few other Nigerians accused Ortom of being tribalistic.

But the governor, while responding to questions from journalists in Bauchi, during a consultation meeting by the ‘G-5 Integrity Group’, said his comment was misconstrued.

“I want to say that the statement people are holding on was not what I meant when I was captured saying that.

“But all the same, I know that it would amount to logical fallacy. I want to say to those who are so offended by my remarks, I am very sorry. I didn’t mean that”.