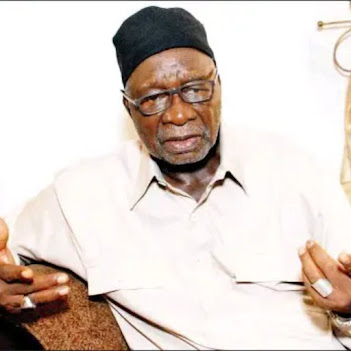 Former Minister of Communication and Culture, Maj. Gen Ibrahim Haruna, has faulted how foreign countries raised a red alert on Nigeria, especially in the nation’s capital, over the insecurity threat.

He also alleged that the US and its allies would wish to see Nigeria metamorphose into a war-torn country such as Afghanistan, Yemen and Syria, but the Federal Government responded appropriately to the attempt.

Haruna made this disclosure in an Arise TV interview on Tuesday.

Saga Gist reported on October 25th that the US Embassy issued an advisory authorizing the departure of non-emergency employees from Nigeria due to insecurity concerns.

The embassy’s alert was adopted by other western countries such as the United Kingdom, France, Australia, Canada, and other European Union missions, giving their citizens similar advisory.

However, Gen Haruna, in his response to the development, said that it was not in the position of the United States, United Kingdom and other foreign countries to issue terror alerts on Nigeria.

He alleged that these countries wish to see Nigeria destabilised than stabilised.

According to him, “I don’t see any reason why foreign countries should tell their citizens to leave Abuja when we aren’t at war, we are not Afghanistan”, he lamented.

“It is part of their desire to cause panic, the international world wants to see us having more Internal Displaced Persons rather than see our progress. I am not surprised, at the attempt to reduce us economically, socially and politically.

“I am impressed at the way the Nigeria Government has handled the matter appropriately.”