Lady jumps into Lagos lagoon after chat with fiancé 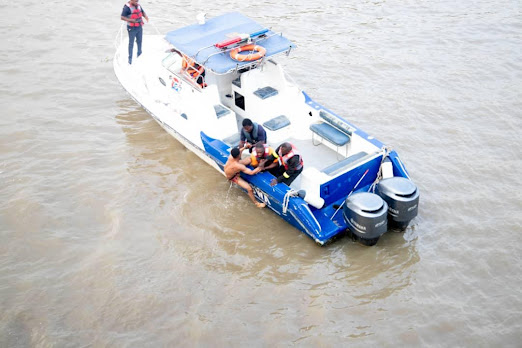 A yet-to-be-identified lady jumped into the Lagos lagoon on Thursday.

The incident occurred at the Third Mainland Bridge around 10 a.m.

The Lagos Emergency Management Agency (LASEMA) confirmed that the individual is in her late 30s.

Preliminary investigation revealed that the woman alighted from a Uber car on the bridge and jumped off into the lagoon.

The Permanent Secretary, LASEMA, Olufemi Oke-Osanyintolu, announcing the commencement of the rescue effort, said: The driver of the taxi claimed she was having a heated conversation with her fiance before alighting from the car.”