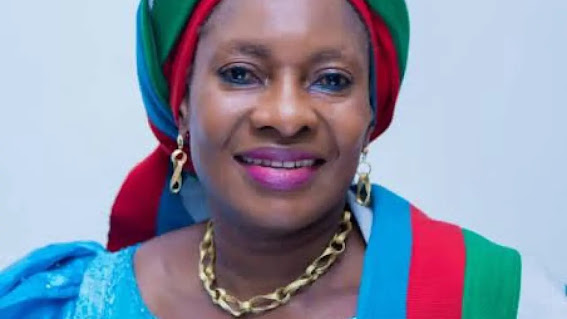 The Nigerian Bar Association (NBA) has asked Pauline Tallen, the Minister of Woman Affairs and Social Development, to withdraw her comments on a judgement of the Federal High Court and tender an apology within seven days.

NBA stated this in a letter signed by its President, Yakubu Maikyua, and dated November 14.

The judgment of the court in a suit between Nuhu Ribadu and the All Progressives Congress (APC), delivered on 14th of October 2022, held that the Adamawa State APC governorship primary election, which took place on 26 May 2022, was invalid having been conducted in violation of the Electoral Act 2022 and APC’s constitution and guidelines.

The court consequently voided the return of the second defendant, Ahmed Aishatu, as the winner of the election and also refused the prayer for fresh primaries.

Responding to the judgement, the minister had, during her interview with newsmen at the reunion and annual general meeting of her alma mater, Federal Government Girls’ College, Bida, referred to the judgment as “a kangaroo judgement” and also went on to justify her remarks with comments which were disrespectful and contemptuous of the court.

While noting that the NBA does not have any interest in the matter and holds no brief for any of the parties to the dispute, the NBA president restated the association’s steadfastness and commitment to its responsibility of protecting the integrity and independence of the courts.

“Your comments were clearly calculated to impugn the integrity of the Court, bring it to disrepute and incite the public against the Judiciary,” the letter stated.