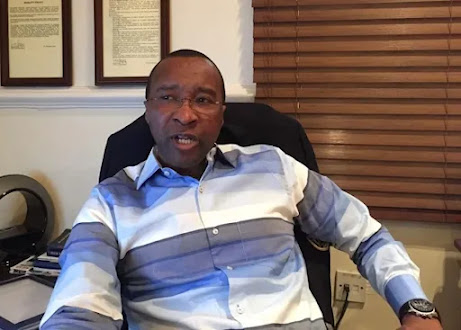 Also, he alleged that the award of a majority stake in Nigeria Air to Ethiopian Airlines was not transparent and would bring about unfair competition in the country’s airspace industry.

Captain Roland Iyayi made this disclosure in an AriseTV interview on Wednesday.

Earlier, a Lagos Federal High Court issued an order of interim injunction restraining the Nigerian government from proceeding with the establishment of its proposed national carrier, Nigeria Air.

Reacting to the development, Iyayi said that the proposed national carrier is owned by foreign airlines with no economic gains to the Nigerian economy.

He said: “The dealings are not entirely transparent. We have issues with that; we also find out, going through all the documents provided, that there are undue privileges given to this new carrier which domestic operators aren’t enjoying. For instance, the government proposes a 15-year tax moratorium for the national carrier. Again let us be very clear, this is not a national carrier in the context in which it is being presented. This is a flag carrier. This is because if you are bringing strategic investors at 49% and it has other institutional investors, one of which is 60% owned by a foreign entity. In the long term, what you are putting together is a foreign airline being allowed to operate in the Nigerian space in variant with Article 7. This is not in the interest of the Nigerian public.

“Ultimately, the Nigerian public won’t benefit from Nigeria Air. There will be unfair competition if we allow a foreign carrier to come in with special privileges other carriers aren’t getting.”

He claimed that the government had already decided on the choice of Ethiopian Airlines before the process started, explaining that this was why Airline Operators of Nigeria, AON went to court.

He said Ethiopian Airlines had gone further to list Nigeria Air as one of its subsidiaries on its website.

“Unfair competitions, contrived outcomes, lack of transparency will result in a distorted market which at the end of the day will decimate the domestic market detrimental to Nigerians,” he added.

Nigeria Air is the nation’s proposed national carrier unveiled at the Farnborough Air Show in England on July 18, 2018.

The national carrier idea was raised many years after Nigeria’s carrier, Nigeria Airways, collapsed due to corruption and poor management.