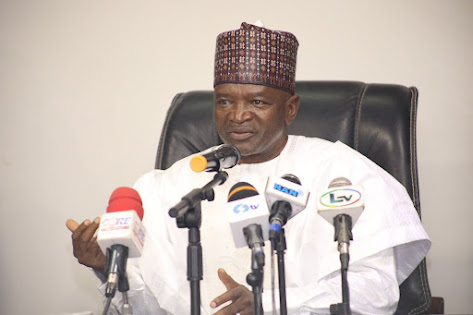 Minister of Agriculture, Mohammed Mahmood, has debunked insinuations that Nigeria might experience food shortages owing to the flood situation that has ravaged a number of states in the country.

He, however, admitted that inflation was taking a toll on the country and it was not peculiar with Nigeria alone.

Mahmood made the clarification on Wednesday, after the weekly Federal Executive Council meeting presided over by Vice President Yemi Osinbajo.

His words, “Yes, I have said time and time again. Currently, we do not have food shortage, there is no food shortage. High prices in some commodities, inflation, yes, is currently the same, just about everywhere around the world, for different reasons.

“Still the after effect of COVID, where supply chains have not totally opened. Climate change is an issue. And the current Ukraine, Russian war, there are a number of things. Different countries are tackling it based on their own peculiarity but currently it is a world phenomena”.

He said the Nigerian government is not resting on its oars to address the situation.

“I have also mentioned, one of the things is to make sure, first of all, that there is food in the country, supply and demand. That’s why we are making sure that we’ll do the dry season farming. We know that a lot of farmlands have been flooded and will lose some crops from the rainy season,” he noted.

According to him, the President, Muhammadu Buhari is 100% behind the augmentation of food production and that will be done.

He said, “So I’m assuring you again, there will be no food shortage, we are working on bringing down inflation. Another memo that was approved about three weeks ago on Farm Gate pricing.

“Farm Gate pricing is a situation where middlemen and even foreigners will go to the point of harvest and buy, we have prevented that because it increases the amount of produce in the market and also reduces the intake of the farmer himself. So we have stopped that and many other things.”