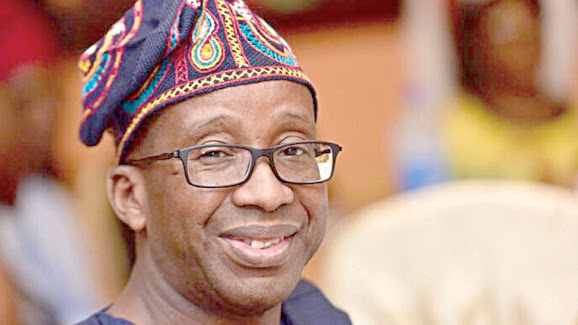 The Peoples Democratic Party has expelled one of its governorship aspirants in Ogun State, Mr Jimi Lawal.

Lawal was expelled alongside some other leaders of the party earlier suspended for organising an “illegal primary election” against the wish of the party.

The State Financial Secretary of the PDP, Bola Odumosu, who was accused of writing the Independent National Electoral Commission (INEC) in Ogun, asking it to attend the said primary election, has its punishment kept at bay.

Also, Fasiu Ajadi and Kola Akinyemi, who are ordinary members of the party, were suspended for six months.

The decision was taken at a meeting of the Ogun PDP State Executive Committee held Tuesday at the party’s secretariat in Abeokuta.

At the meeting presided over by the Chairman, Sikirulahi Ogundele, the recommendations of a disciplinary committee set up by the party were ratified, leading to the expulsion of Lawal and others.

Earlier, the Chairman of the disciplinary committee, Barr. Tola Odulaja, while presenting his report, said the affected party members were found guilty of gross misconduct, ranging from abuse of privileges, acting in manners capable of bringing the PDP into disrepute, fraudulent representation, forgery, falsification of documents and signature of party officials, exhibiting disobedience to the directive of the party’s National Working Committee by conducting a state congress.

The committee Chairman said the erring members, when invited through various means, refused to appear before the committee.

“We served them letters personally. Some of those who went to deliver the letters were harassed. They flagrantly refused to respond to the charges against them,” Odulaja said.

However, he said an aide of Lawal, who introduced himself as Austin, called to represent his principal, saying he told the said caller that only Lawal or his lawyer could appear before the committee.

“They promised to get back to us, but we didn’t see them and we cannot continue to wait forever,” the committee Chairman said.

Saga Gist recalls that an Abeokuta Federal High Court had on September 27 nullified all PDP primaries in Ogun State, asking that another be conducted in 24 days.

The decision of the high court has since been appealed by the national body of the party, asking all members to wait for the outcome of the case.

But Lawal, in collaboration with the expelled party members conducted another primary outside the 14 days window specified by the court.

The PDP National Chairman, Iyorchia Ayu, has since disowned Lawal, writing INEC not to have anything to do with him.