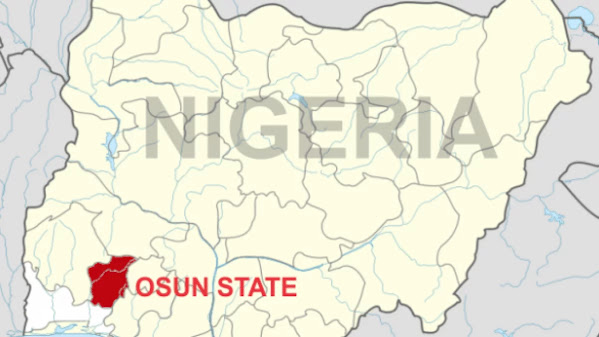 A social-political group, Orolu-Parapo Forum has urged the Osun State Governor, Adegboyega Oyetola, not to impose a new monarch on the indigenes of Ifon-Osun in Orolu Local Government.

The group, in a press release on Monday called on the well meaning sons and daughters of the town to rise up against any form of imposition.

The group also noted that the imposition of a monarch who is not the choice of the people is capable of throwing the community into total anarchy.

In a statement jointly signed by Faluade Rasheed, President, Isiaka Babatunde, General Secretary and Ademola Odurinde, Organizing Secretary, they stated that the position of Olufon of Ifon-Orolu Kingdom is very sacred, and important.

They added that any attempt to opt for imposition would contradict the custom and tradition of the Orolu Community and will result in calamitous consequences for whosoever had hand in it.

“We refer to the recent Press Release by the entire Olufon Royal Family in Orolu Local Government of Osun State which was signed by accredited representatives of all Ruling Houses and Royal Families; notwithstanding the clarification by the Olufon royal family that the issues relating to filling of the vacant Olufon stool is pending at the Osogbo High Court; the rumours that the outgoing administration of His Excellency, Alhaji Isiaka Adegboyega Oyetola is hell bent on imposing one of his party’s political stalwarts from Ifon as the new Olufon without deference to a subsisting restraining injunctive order of High Court of Osun State is worrisome.

“The rumour is attaining an alarming rate of credibility and it is guaranteed that such act of lawlessness if perpetrated, will result in total anarchy, and indeed, paint an indelible legacy of lack of integrity and disrespect for rule of law and morality.

“The tension arising from widely circulated information about concluded arrangements of the Osun State Government to impose the new Olufon has already caused confusion in the town. We wish to state that the purported imposition of new Olufon without considering legal and moral effects will definitely lead to crises. We are seizing this medium to alert and warn the administration of Alhaji Isiaka Oyetola, who started well to take responsibility for whatever damages that such action may lead to.

“We are calling on the nation’s security agencies and other relevant authorities, especially the Department of State Security Services, Nigerian Police and Attorney General of Federation to immediately caution this abuse of power in order to prevent arbitrary and unlawful actions in the interest of peace and order.

“We enjoy the Osun State Government to make a public statement on their position in order to assure the public as a way to douse the already tense atmosphere and restore public confidence in the APC-led government of Osun State.”

The group, however, stated that the public is already aware that court proceedings relating to the filling of new Olufon of Ifon-Orolu Kingdom will enter Pre-Trial Conference stage on next adjournment, Wednesday, 9th November, 2022.

“Therefore, any act of self-help will definitely be an invitation to crises, which is only avoidable through sincerity of the current administration,” they stated.

Indigenes of some towns in Osun State have in the recent past protested against the decision of the Adegboyega Oyetola-led administration to appoint Obas for the domain.

Youths in Ikirun are protesting the appointment of Prince Yinusa Olalekan Akadiri as the Akinrun of Ikirun.

Also, the kingmakers in Iree are in loggerheads with the State government over its appointment of Chief (Mrs) Serifat Adebayo, the Iyalode of Iree as a kingmaker.

The kingmakers, led by Chief Saliu Atoyebi, the Aogun of Iree, have continued to maintain that it was alien to the tradition and culture of the town for a woman to be appointed as a member of the kingmakers.