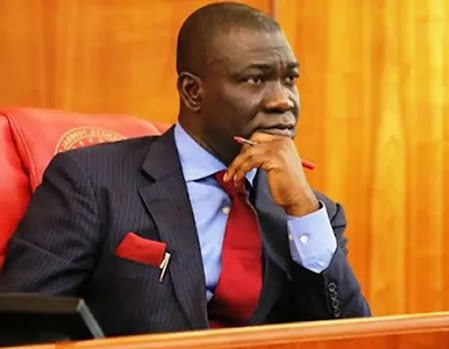 The Central Criminal Court in London, the United Kingdom, on Monday moved the trial of Deputy Senate President, Ike Ekweremadu over alleged organ harvesting from May 2023 to January 31, 2023.

According to Channels TV, the Old Bailey agreed that arguments would be heard on the 16th or 19th of December 2022 before the commencement of the trial in January.

Recall that Ekweremadu and his wife Beatrice were arrested on June 23 and charged with conspiracy to traffic a person for organ harvesting in violation of the Modern Slavery Act 2015.

Although he was absent in court on Monday, his wife who was released on bail in July and Sonia, the couple’s daughter, were present.

Barely five days ago, Justice Inyang Ekwo of the Federal High Court in Abuja ordered the interim forfeiture of Ekweremadu’s assets following an ex-parte motion by the Economic and Financial Crimes Commission (EFCC).