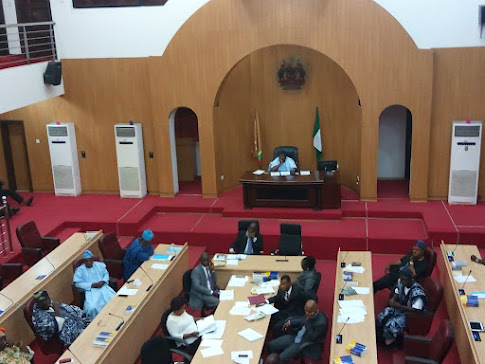 The Osun State House of Assembly commenced the 2023 budget defence exercise on Tuesday.

During the exercise, the Speaker, Osun State House of Assembly, Timothy Owoeye, advised various Ministries, Departments and Agencies of government to raise the bar of Internally Generated Revenue (IGR) for the sake of efficient budget performance for the year 2023.

He urged government MDAs to improve on their internally generated revenue for the state to grow and move forward.

He advised MDAs and institutions to block all the loopholes of revenue generation.

According to him, “We need to work on a realistic budget for the state. I want all the MDAs to improve on IGR for growth.”

He also advised the various MDAs to be factual in their presentation and explanations.

Earlier, the Chairman House Committee in Finance and Appropriation Taiwo Adebayo Olodo appreciated all the MDAs for their cooperation with the House of Assembly.

He warned that the House of Assembly would not condone any MDAs with audit queries.

According to him, “Osun state came second in budget passage in the country”.