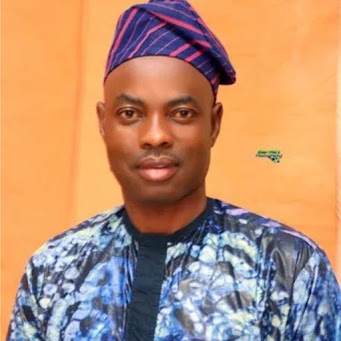 Prince Ademola Oluponle Raphel has been elected as the 16th Aree of Iree land.

The 49-year-old oil and gas magnate was elected by Warrant Chiefs during an election process supervised by the officials of the Boripe North Local Government development authority, Iree, on Friday.

Prince Ademola was elected ahead of 11 other aspirants who had also indicated interest to contest the Aree stool from the Oyekun, Olubonku and Oyegbite Ruling Houses.

The new Aree of Iree land was born on November 24, 1973, and hails from the Oyekun Ruling House of Iree.

He has a Higher National Diploma in Accountancy obtained from the Osun State Polytechnic, Iree.

His selection is coming after the death of Oba Jimoh Olayonu who died on July 8, 2018, but the vacant stool could not be filled in the last four years as result of litigations from different ruling houses

However, Justice Jide Falola of the Osun State High Court, Ikinrun, recently delivered a judgement that allowed for the continuation of the process.

In his words, “Yes Prince Ademola Oluponle Raphel has just been selected as the new Aree of Iree.”

Meanwhile, the Iree Council of Elders have described the selection of Prince Ademola Oluponle Raphael as a slap on culture and tradition.

At a press briefing by Adenrele Afolabi, the Chairman of Iree Council of Elders, Oluwole Taiwo, President, Iree Progressive Association, they condemned in totality the process of using Warrant Chiefs by Boripe Local Development Authority to fill the vacant stool of Aree of Iree land.

They called on the residents and indigenes to maintain the peace and tranquility that the town is known for.

According to them, “The system of jettisoning all the authentic six (in the present situation, Five as Eesa is late) Afobajes (Ìwàrẹ̀fà Mẹfa) to appoint an Ọba for Iree ran foul of the existing culture and traditions of the Town.

“The Chairman Iree Council of Elders, Asiwaju (Engr.) Adenrele Afọlábí in conjunction with the President Iree Progressive Association (IPA), Aarẹ (Engr.) Oluwọle Taiwo on behalf of the well-meaning citizens of Iree hereby appeal to our people (home and in diaspora), especially the YOUTH to please maintain the PEACE and TRANQUILITY Iree is known for under this prevailing circumstance. The Elders are working on the way forward.”

The kingmakers in Iree land led by Aogun of Iree, Chief Saliu Atoyebi had objected to the planned inclusion of the Iyalode of Iree, Chief (Mrs) Serifat Adebayo as their member.

Her intended appointment into the council of kingmakers was to replace the Eesa of Iree who had passed on.

Chief Atoyebi had insisted that such an appointment was against the tradition and culture of Iree.

He had also stated that such an appointment would not be recognised by the council of kingmakers.