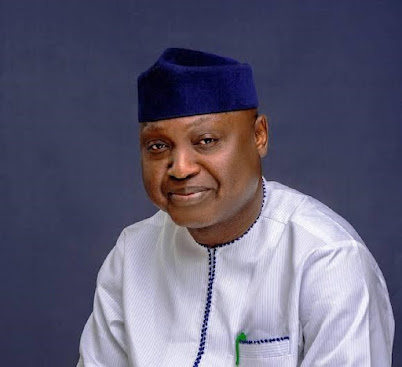 Among them is the former Ekiti State Chairman of the defunct Action Congress of Nigeria and All Progressives Congress, Chief Jide Awe.

The Chief Press Secretary to Oyebanji, Mr. Yinka Oyebode, was elevated to the Special Adviser status.

The announcement was contained in a statement signed by Oyebanji’s Special Adviser on Media and Strategy/CPS, Mr. Oyebode, in Ado Ekiti, on Monday.

Those appointed and their portfolios, according to the statement are: Mr Niyi Adebayo Budget, Economic Planning and Performance Management; Mrs Tayo Adeola, Investment, Trade and industry; Mr Ebenezer Boluwade Agriculture and Food Security

Oyebanji urged the new appointees to see their appointments as an opportunity to contribute their time, talent and expertise to the overall development of the state.

Meanwhile, Brigadier-General Ebenezer Ogundana (rtd) has been re-appointed as Security Adviser to the Governor with immediate effect.

He served in the same position under the immediate past administration of Dr Kayode Fayemi.

The new special advisers will be sworn-in on Friday, November 18, 2022.