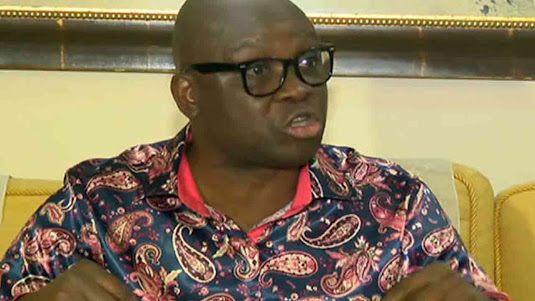 A former Governor of Ekiti State, Ayodele Fayose has warned of serious turbulence within the Peoples Democratic Party, PDP.

Fayose warned that things might get messier within the next few days or weeks if the crisis in the PDP is not resolved.

In a tweet, the former governor warned that the impending turbulence might be more serious than ever.

He wrote: “I see more serious turbulence for the PDP, more than ever before. I have been silent all this while, hoping that things will get better.

“I advise we do more than we are doing now to resolve this crisis as events in days/weeks ahead may likely get messier. I pray this advice is not ignored.”

PDP has been in crisis since former Vice President Atiku Abubakar emerged as the party’s presidential candidate.

Atiku’s emergence led to the factionalization of the PDP. Governor Nyesome Wike, who lost out on the presidential ticket, is aggrieved that Atiku opted for Governor Ifeanyi Okowa of Delta State ahead of him.

Wike, who succeeded in pulling some governors and party chieftains to his side, also demanded the resignation of Iyorchia Ayu as the PDP’s National Chairman.

The governor and his allies noted that a particular region of the country couldn’t produce the party’s National Chairman and presidential candidate.