PDP made us who we are – Bala Mohammed 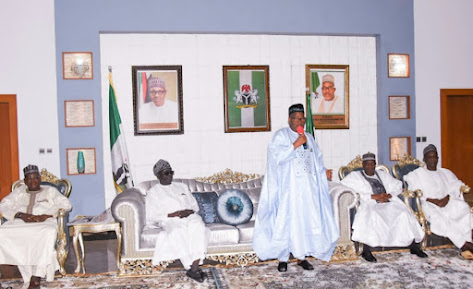 Bauchi Governor Bala Mohammed has said the Peoples Democratic Party (PDP) raised his profile and that of his colleagues in the party.

The governor made the remark on Saturday at a meeting with PDP leaders, NAN reports.

The delegation visited Mohammed to seek his input on certain contentious issues in the party.

Ayu described him as one of the major national stakeholders who contributes to the development of the party.

“You are experienced in all the places you served. From time to time, we need to come around, consult and brief you on some things”, he said.

Mohammed told the team that he believed in the PDP because the stalwarts rose on the back of the platform to attain their current standing.

“We know that we came from the ANPP (All Nigeria Peoples Party), but certainly whatever we have become, it’s courtesy of this party.”

The governor added that the issues discussed were about “some grey areas” which were “not for public consumption”.

The former FCT Minister is the Vice Chairman (North) of the PDP Presidential Campaign Council.