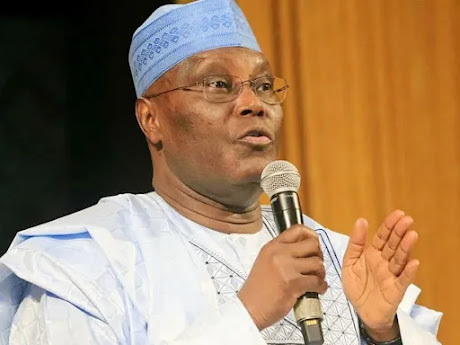 Some media outlets had on Monday published that Udom threatened to resign over lack of funds.

Ologbondiyan assured that such an idea is not in the contemplation of the Akwa Ibom State Governor.

The statement in part reads: “Governor Udom Emmanuel, this afternoon at the Flag-off of the PDP Governorship Campaign which held at the Nest of Champions Stadium in Uyo, Akwa Ibom State Capital, declared that the rumour is a lie “from the pit of hell” and that he remains the Chairman of the PDP Presidential Campaign Council.

“The appointment of Governor Udom Emmanuel as Chairman of the PDP Presidential Campaign Council was predicated on his belief and commitment to the Peoples Democratic Party (PDP), the ideals of our founding fathers as well as his unwavering confidence in our Presidential Candidate, Atiku Abubakar, as the leader that has the required capacity to lead the charge to rescue and rebuild our nation.

“Governor Emmanuel is effectively and committedly leading a successful campaign that will take our Party to victory and will not be distracted by the wishful thinking of the enemies of Nigeria.

“The Atiku/Okowa Campaign, therefore, urges Nigerians to ignore such shenanigans and fake news coming from the enemies of our nation who are desirous of causing confusion in the polity with a view to derailing the electoral process.”

He cautioned those behind the rumour to desist from such, adding that “they are fighting a lost battle as Nigerians across the board are already rallying with the PDP and cannot be swayed by fake news.”