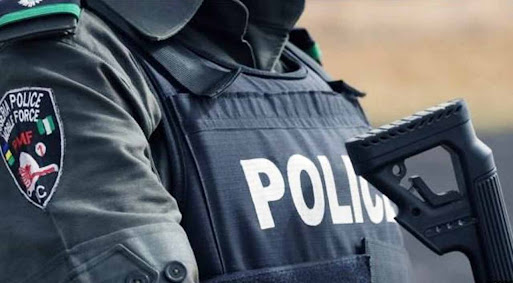 Policemen shot him around Monday midnight after a hot argument between neighbourhood boys over the deceased’s girlfriend.

After church service on Sunday, the neighbourhood boys had a small party where they reportedly drank to a stupor.

The deceased is said to have confronted another young man who allegedly eloped with his girlfriend and there was a hot altercation.

According to witnesses, “When the deceased sighted a Police patrol team he shouted, beckoning on them to come to his aid that he was being waylaid by armed robbers.

“When the police team turned towards them the rest fled but he delayed. It was as the team got closer to him that he now started to run instead of waiting to explain.”

According to them, the police shot at him when he attempted to jump over a wall.

“The bullet caught and scattered one of his arms. He fell into a banana trunk. But he did not die immediately.

“Later when the police had left he cried out, panting and pleading for water before he died”, said one of the neighbours.

The police PRO Irene Ugbo said she was yet to be briefed.

However, police authorities had confirmed that a Police sergeant attached to the Atakpa division was shot dead last Wednesday at the popularly Egerton Street Calabar by gunmen.