Qatar 2022: Maddison injury blow for England ahead of Iran clash 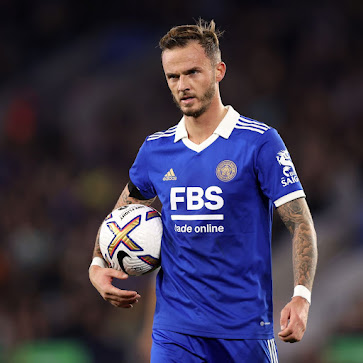 England has suffered a heavy injury blow ahead of their first game in the World Cup on November 21.

Leicester City midfielder, James Maddison, who was named as one of the key players in Gareth Southgate’s side was forced off injured in his final game before the World Cup.

Before his injury, Maddison scored the opener for Leicester City away to West Ham United on Saturday.

The attacking midfielder went down with what appeared to be a hamstring issue, forced off and replaced by Dennis Praet.

He went straight down the tunnel for treatment after coming off.

He has scored a total of seven goals in 14 appearances for Brendan Rodgers’ side this season, having also laid on four assists.