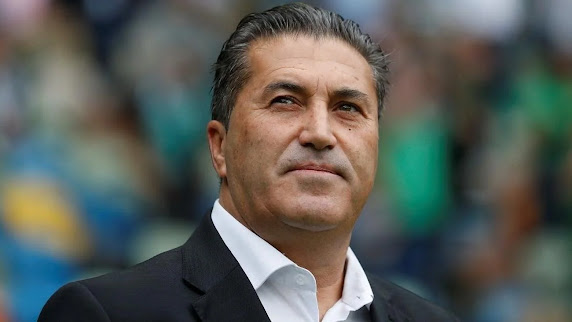 Super Eagles head coach, Jose Peseiro, has stated that the team has enough quality to beat his native country, Portugal.

Peseiro’s charges will battle with World Cup-bound Portugal in a friendly at the Estadio Jose Alvalade, Lisbon, on Thursday night.

The 60-year-old has the complement of his top stars at his disposal except for leading striker, Victor Osimhen, who is ruled out of the game due to injury.

A number of his players have been in superlative form for their respective clubs this season.

Terem Moffi has scored 10 goals in 14 league appearances for Lorient this season.

Genk forward, Paul Onuachu has scored 14 goals in 15 league appearances for the Smurfs this term.

The likes of Ademola Lookman and Moses Simon will also head into the game in good form.

“We would have loved to have played against Portugal at the 2022 World Cup in Qatar on 24 (November) in an opening game of the group stage,” Peseiro told NFF TV.

“But now Portugal will play Ghana (at the World Cup).

“Nigeria deserved to play at the World Cup.

“This is a friendly match, we want to do our maximum and beat Portugal, but it won’t be easy.

“We will show our individual and collective qualities and want to improve against big national teams.

“We will defend the national shirt by giving our best.”

The game will kick off at 7:45 pm Nigeria time.