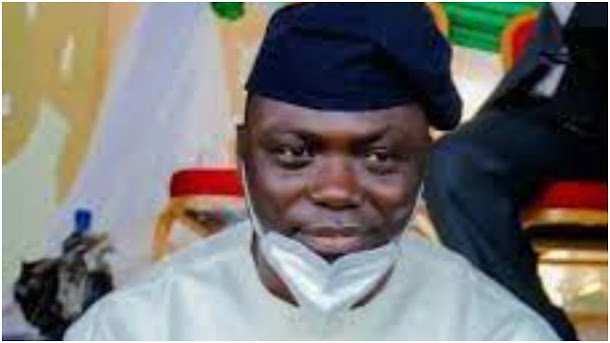 The Appeal court sitting in Yola, the capital of Adamawa State, has reserved judgment on the case against the Taraba State governorship candidate of the People Democratic Party (PDP), Kefas Agbu.

The case has now been adjourned for judgment to a date to be communicated to parties.

An aggrieved governorship aspirant of the party, Professor Jerome Nyameh, it would be recalled, dragged Agbu, PDP and the Independent National Electoral Commission (INEC) to the federal high court sitting in Jalingo.

Nyameh, who is a lecturer with the state university, is seeking the disqualification of the party’s guber candidate, whom he claimed did not purchase both the expression of interest and nomination forms, before venturing into the race.

His prayers were, however, discarded by the federal high court for lack of merit and concrete evidence.

At the appeal court, he informed the court, through his counsel, Eko Ejembi Eko (SAN), that based on the recent Supreme Court judgment in SC/CV/1132/2022 between David Edevbie (Appellant) Vs Oborevwori Sheriff Francis Orohwedor & Ors (Respondents) delivered on 21st October 2022, Nyameh was right to have filed his case at the Federal High Court by writ of summons instead of originating summons that is being argued.

Stressing that, “When some of the people who nominated him have claimed that they did not so nominate him”, Eko, while filing questions from media practitioners, said “these are part of the issues that we presented to the trial court but in its wisdom, the trial court held that it was not enough and that our matter was not properly instituted and that we ought to come by originating summons.”

His client, according to him, was aggrieved by the trial court, hence his decision to appeal the judgment.

On his part, counsel to the 2nd and 3rd respondents, Musa Tende, said, “they have not even complied with the court order that was granted to them leave to serve processes at the Federal High Court Jalingo which up till now they have not served.”

He added that they are therefore praying the court to dismiss the suit for lack of merit.

The session, which was presided over by Justice Obande Festus Obunya, adjourned to the 16th November, 2022 on the appeal of the Speaker, Taraba State House of Assembly, seeking to be joined as appellant in the suit filed by Prof. Jerome Nyame.