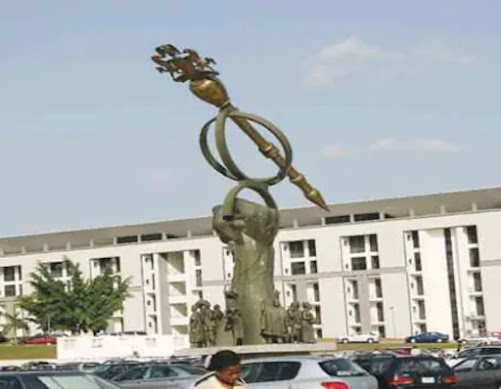 The association made the decision to allow access to the premises of the Taraba State House of Assembly on Sunday night after its executive meeting.

Confirming the development, the state chairman of the association, Ibrahim Bala Yusuf, said their decision was necessitated following the intervention of the leadership of the State House of Assembly and the executive arm of the government.

Since the one-week strike, embarked on by the workers over unpaid seven years outfit allowances, legislative activities, as noticed by our reporter have been brought to a standstill.

The strike was also observed to have frustrated the executive and prevented the government from presenting the 2023 budget which ought to have taken place last week Tuesday.

Though the leadership of the union failed to make ascertain whether their demands have been attended to, our source from the government circle said the government decided to pacify the union to pave way for the budget presentation, which has been slated for this week.

Appreciating the union members for throwing their weights behind the leadership of the union, the chairman called on them to endeavour to resume work tomorrow, Monday.

They also called on the government to reciprocate by ensuring a harmonious relationship between both of them.

Some members of the association who spoke with our reporter said their demands have not been addressed but urged the leadership of the State House of Assembly and other critical stakeholders to intervene and mount pressure on the government to do the needful.