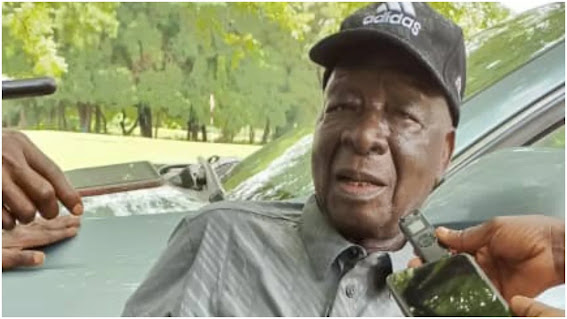 Major General Ibrahim Haruna (rtd), former minister of information and culture, has accused the western nations of working against the interest and development of the country, alleging that the recent security threat was to cause panic and confusion in the country.

General Haruna also claimed the colonial powers were responsible for the oil theft in the Niger Delta region, which has grossly affected the nation’s revenue base.

The retired general made the claim while fielding questions on the Arise TV Morning Show programme on Tuesday morning.

His claim is coming against the backdrop of security reports by the United States, United Kingdom, Canadian and Australian Embassies that there is an elevated risk of terror attacks in the nation’s capital.

Recall that the warnings said the attack would be targeted at government buildings, places of worship, schools and other centres where large crowds gather.

The apprehension in the Federal Capital Territory over the terror alerts has heightened security in the capital city.

“More specifically, the new personalities of our colonial powers in the new colonial dispensation and new colonialism and imperialism, I am saying that they are the ones who are actively working against us, so as not to enable us to achieve our expected greatness as an African country and as a black nation. They are the ones.

“I think they have a hand in the stealing of our oil, in the non remittances of our income or revenues, and in stealing this large money that could have been available for our development, and then turn around and lend it to us at some interest and at some gains for which we will remain either in servitude or on bondage,” he said.