Two arrested over kidnap of 2 persons in Ilorin 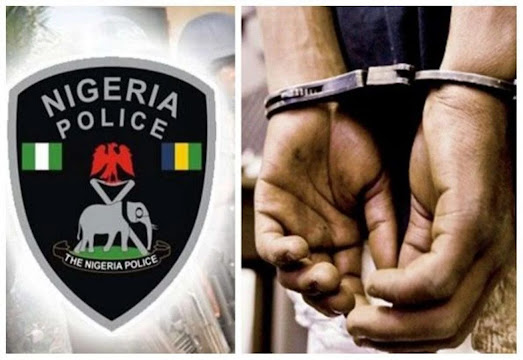 The Kwara State Police Command has arrested two suspects in connection with the abduction of two persons at Oko-Olowo area of Ilorin in the early hours of Saturday.

The Spokesman of the Police Command, SP Okasanmi Ajayi, who confirmed the arrest, said investigation has commenced into the matter, while a search and rescue operation for the abducted victims is ongoing.

It was gathered that unknown gunmen stormed the residence of a Muslim cleric, Imam Amolegbe at Oko-Olowo axis in Ilorin, Kwara state capital early Saturday morning and abducted two members of the family.

The victims were identified as Alfa Sofiu Amolegbe, son of the cleric and his sibling, one Fasansi.

They invaded the residence located at Oko-Olowo axis along Ilorin-Jebba highway, forcefully removed the burglary proof of one of the windows in the building to gain access into the house and abducted the two victims.

According to reports, one Fasansi, who challenged the gunmen was shot and inflicted with machete wounds.

Father of the victims, Imam Amolegbe, of Dada quarters in Okelele area of Ilorin metropolis, said the gunmen who shot Fasansi thought he was dead hence they abandoned him.

Fasansi is now in the hospital receiving medical attention, he added.

Imam Amolegbe disclosed that the armed men have reached out to the family demanding a N100m ransom but has been scaled down to N10m for the release of the two victims after negotiations.

He called on the state government to come to the rescue of the family as the demand cannot be met by the family.