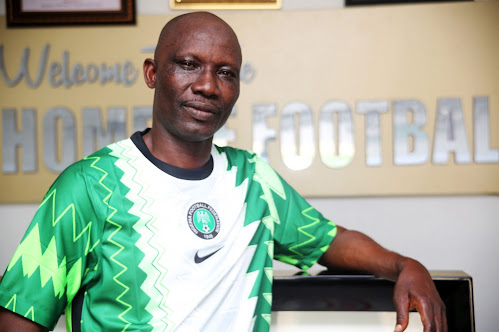 Flying Eagles head coach, Isah Ladan Bosso, has extended invitation to 40 players to begin camping in Abuja ahead of the 2023 Africa U-20 Cup of Nations.

The invited players are expected to hit camp on Monday, November 28, 2022.

The players will stay at the Serob Legacy Hotel in the Wuye area of the nation’s capital.

It is the first time the Flying Eagles will be converging since their successful outing at the WAFU B U-20 Championship in Niamey, Niger Republic, in May.

Bosso’s side won the tournament and thus qualified to represent the zone at the U-20 AFCON.

The tactician stuck with some of the players that took part in the WAFU tourney.

All four semi-finalists at the U20 AFCON will fly Africa’s flag at next year’s FIFA U20 World Cup finals holding in Indonesia.