UCL: They can do it – Rio Ferdinand, Peter Crouch name team to win trophy 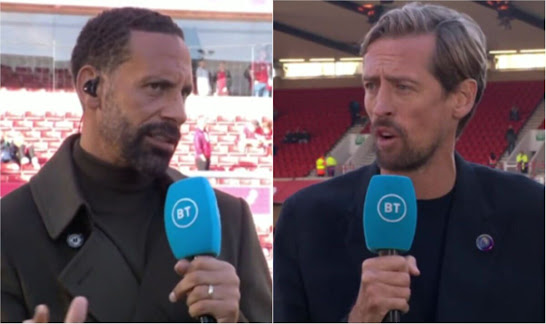 Liverpool finished runners-up in the Champions League last season after losing to Real Madrid in the final.

After losing heavily to Napoli in Italy back in September, Liverpool defeated the Serie A side 2-0 at Anfield on Tuesday night to finish behind them on the log.

This means Liverpool could face confirmed group winners Porto or Bayern Munich, or two other first-placed teams to be decided.

When asked on BT Sport if Liverpool are contenders for the Champions League trophy, Ferdinand replied: “100%. I totally agree with that”.

Crouch added: “Definitely. When you get to that stage when you throw all your eggs in the CL basket, have great pedigree in the competition, players that have got the history behind them, they can definitely do it.”

Ferdinand finished by noting: “And they have got Mo Salah, who just keeps scoring in this tournament.”