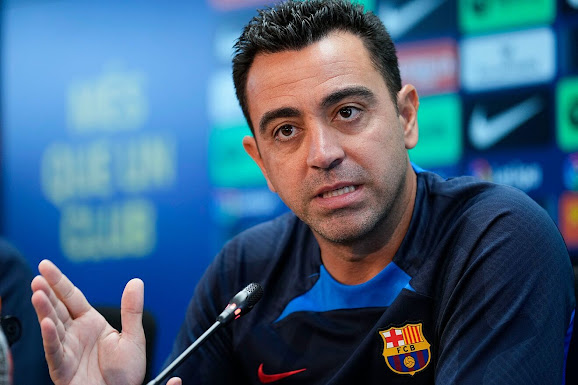 Barcelona manager, Xavi Hernandez has said his team was not up to standard after being drawn in “the worst Champions League group in years.”

The Catalans play their final group fixture against Viktoria Plzen on Tuesday.

However, Barca stand no chance of qualifying, with Bayern Munich and Internazionale having advanced from Group C.

“We have nothing to play for, but this [Viktoria Plzen] is an important game. We want to end this competition well.

“We lack maturity. We have a lot of youngsters and we’ve had the worst Champions League group in years.

“We’ve had injuries. They’re not excuses, but that has hurt us. With respect to last season, we have a better squad and we have given a better image in Europe. But we haven’t been up to the task,” Xavi said ahead of the game.