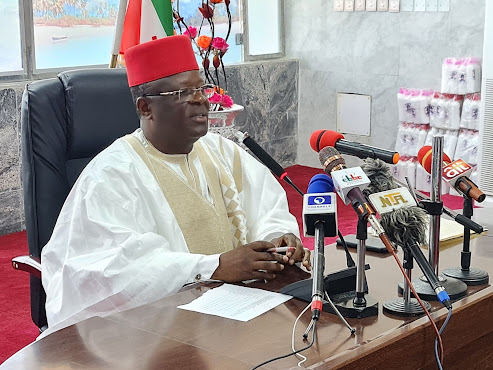 The Governor of Ebonyi State, David Umahi on Monday presented a total of One hundred and thirty-nine billion, three hundred and ninety-eight thousand, two hundred and eighty thousand six hundred and forty naira, (N139,398,280,640.00 ) budget estimate to the State House of Assembly.

He added that the proposed budget will commence the setting up of the two universities of ICT University at Oferekpe, Izzi and the Aeronautical University at Ezza.