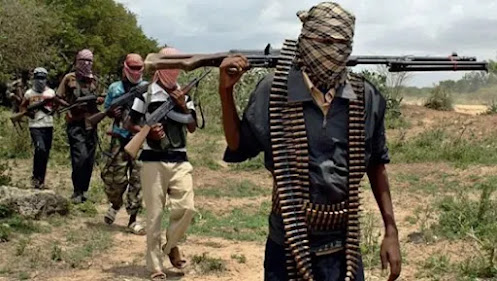 Residents of Obudi Agwa community in Oguta LGA of Imo State have pleaded with the state governor, Hope Uzodinma and security agencies to intervene in the insecurity challenge in the area.

While addressing journalists on Tuesday, the Coordinator of Agwa Development Centre in Oguta Local Government Area of Imo State, Hon.Obinna Jumbo, disclosed that his people have not been sleeping with their two eyes closed since unknown gunmen killed the traditional ruler of Obudi Agwa Community,HRH Eze Ignatius Asor and three others last Monday.

The Coordinator of Agwa Development Centre in Oguta, who spoke on behalf of his people, regretted that the unknown gunmen are still operating within Agwa and Izombe communities both in Oguta Local Government Area of the State leaving people in fears.

He expressed bitterness that no arrest has been made by security agencies so as to fish out the pepertrators of the heinous act.

Saga Gist had earlier reported how gunmen in their numbers on invaded the Obudi Agwa community in Oguta LGA of Imo State killing the monarch of the community and his several others.

Our correspondent reported that the hoodlums stormed the palace of the community custodian of culture and tradition, Eze Assor, Udi of Obudi Agwa, and killed him and three others before leaving.

Reacting to the ugly development , Hon. Jumbo said “Agwa Police Division lacks manpower to face the criminals. Government and security agencies should come to our aide. Security agencies should station their tactical teams in Agwa and Izombe so as to fish out the pepertrators of this dastardly act irrespective of who is involved because nobody knows the next victims.

“I believe that these unknown gunmen are being sponsored by opposition politicians and they just want to scare away people from participating in the forthcoming general elections.”