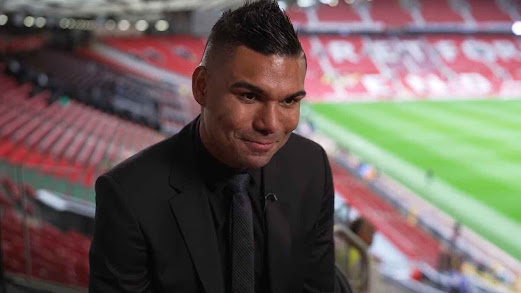 Brazil midfielder, Casemiro, has suggested that teammate Neymar is irreplaceable in the current Seleção squad.

According to Casemiro, Neymar is the best player in the Brazil squad.

The Manchester United star said this at his pre-match press conference ahead of Brazil’s World Cup tie with Switzerland on Monday.

Recall that Neymar has been ruled out of the World Cup Group G tie through injury.

Neymar was forced off injured in the second half of Brazil’s 2-0 win over Serbia a few days ago.

“He’s one of the best players in the world, and unfortunately, he will not be there for the next game,” Casemiro told reporters.

“We have quality players, but when comparing them with Neymar, it is difficult to find one at his level.

“We have other players who’re playing well: Vinicius, Raphinha, Richarlison, Jesus, Rodrygo, Martinelli… the range of options is broad, which is good for us, but we’ve to be realistic and accept that Neymar is the best player in our team.”