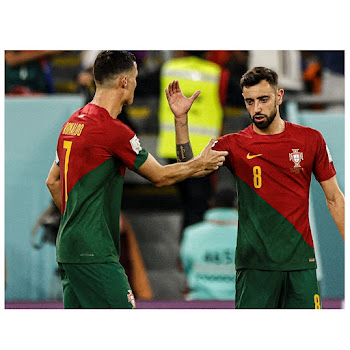 He still thinks Ronaldo touched the ball, with the striker insisting he made a significant contact to redirect the ball into net

Portugal booked their place in the last 16 of the Qatar World Cup with a 2-0 win at the Lusail Stadium.

The Manchester United star said he was actually crossing the ball to his former Red Devils teammate and believes the 37-year-old must have touched the ball.

The official scorers judged that it did not touch Ronaldo and Fernandes was given the goal.

Speaking post-match, Fernandes said: “It seemed to me that he had touched the ball, my objective was to make a cross for him.

“We know that Cristiano is a striker who looks for goals and is more significant for the strikers.”