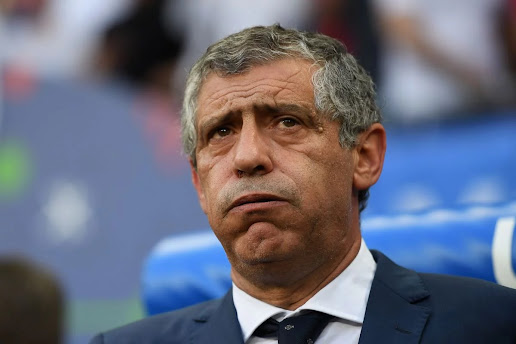 This clears the doubt over Manchester United manager, Erik ten Hag’s earlier comment that the 37-year-old has been ill.

Ronaldo did not take part in the Red Devils games against Aston Villa in the Carabao Cup and Fulham in the Premier League due to the illness.

However, the veteran forward may have played his last game for the Red Devils after he granted an explosive interview to ace British journalist Piers Morgan where he slammed the club’s owners, the hierarchy, his manager, even his teammates.

Speaking on the controversial interview, Santos said, “We need to respect what others think and say, provided it doesn’t impact what I do.

“None of my players have made a comment regarding the interview, at all.

‘Cristiano Ronaldo is a free man. The buzz and discussion [around him] is taking place outside the national team. It doesn’t impact us.”

On the player’s health, Santos, who spoke to journalists ahead of their friendly game against Nigeria on Thursday, added, “It’s a fact he’s suffering from gastroenteritis. Any player will struggle if you’re suffering from that. He’s not ready to play.”