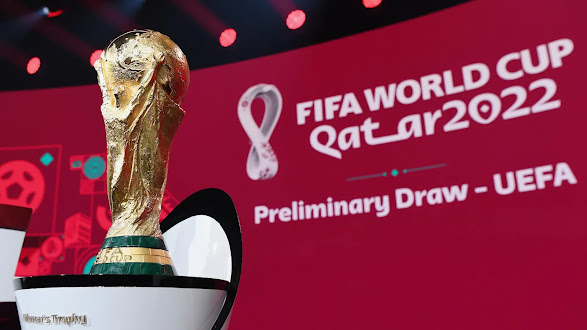 With the 2022 FIFA World Cup coming up in less than six days’ time, football fans around the planet are ready to witness history in Qatar.

Saga Gist reports that this year’s World Cup competition could spell the end of an era for many top footballers, with a number of great players approaching the end of their international careers.

However, Saga Gist brings you six top world-class players who could retire from international football as soon as the 2022 FIFA World Cup tournament is over.

The Argentina captain had recently announced that Qatar 2022 would “surely” be his last FIFA World Cup in a powerful hint that his retirement from international football is near.

This year’s World Cup will be Messi’s fifth and final chance for him to win the tournament for the first time in his glittering career so far.

Messi will turn 39 during the 2026 FIFA World Cup, which will be hosted by the United States of America, Canada, and Mexico.

The Paris Saint-Germain forward holds the Argentine records for caps (164) and goals (90) and ended his agonizing wait for a big trophy on the international stage with a win over Brazil in last year’s Copa America final.

The 35-year-old is aiming to build on this success in Qatar, as Argentina are currently on 35-games unbeaten.

The Uruguay international will take part in his fourth and last FIFA World Cup in Qatar.

In 2010, Suarez denied the Black Stars of Ghana the chance to become the first African nation to reach the semi-finals in World Cup history by punching a goalbound effort off the line.

In 2014, the 35-year-old was caught biting Italy’s Giorgio Chiellini, which saw him receive a four-month suspension from all football competitions.

But Suarez has been a consistent presence for Uruguay’s national team and has netted 68 goals in 134 matches for his country so far.

The AC Milan striker will forever be remembered as the footballer who failed to score at any point during France’s World Cup victorious campaign in 2018.

Giroud will be playing in his third FIFA World Cup in Qatar this year and is just two goals off (49 goals) Arsenal legend Thierry Henry’s all-time record of 51 goals as France’s top goalscorer.

The 36-year-old is unlikely to overstay his welcome in the France squad in search of such records, particularly with young, exciting strikers coming through the ranks.

The Croatia captain came so close to leading his country to an extraordinary triumph in Russia four years ago, but they eventually lost in the final to France.

The Real Madrid midfield maestro was awarded the Golden Ball for his efforts and also won the Ballon d’Or later that year.

The 37-year-old appears to be getting better with age, but he will be well aware that this year’s World Cup could be his last for Croatia.

The Chelsea defender will be one of the oldest players in Qatar this year.

The 38-year-old Brazilian will have his fourth and last chance to win the tournament.

Brazil are aiming to become global champions for the sixth time and have a host of promising young defenders coming through.

Silva has been a key member of the squad for over a decade, but this year’s tournament should signal the end of his time on the international stage for Brazil.

The former Paris Saint-Germain star will turn 42 during the 2026 FIFA World Cup, which will be hosted by the United States of America, Canada and Mexico.

Bale will be leading Wales to their first FIFA World Cup since 1958.

The former Real Madrid winger has contributed greatly to the national team since making his debut back in 2006.

The 33-year-old has scored 39 goals and provided 22 assists in 108 appearances for his country so far.

The former Tottenham Hotspur star now plays for MLS side Los Angeles FC, having achieved everything possible in his club career.